Send us your Inquiry

Thank you! Your submission has been received!
Oops! Something went wrong while submitting the form.

Fan Futsal was an established online fantasy game geared towards soccer enthusiasts long before we began our partnership with them. Previously, they were not satisfied with the state of their application. The team that they had was doing fine but they were interested in working with a much more experienced and dependable development crew to improve and expand upon current features and eventually support the site. That is where we came in; our challenge was to refactor their application to meet architecture and coding best practices and then expand the fantasy gaming site to include new and exciting features.

The Fan Futsal team needed help, their site had been experiencing performance issues. Although some of these issues had already been located, our development team did a comprehensive review of the architecture and code base to pinpoint all the issues. The team then created a refactoring plan to improve on the structure of the site and its code.

The site’s stack included the PHP Codeigniter web app framework and a SQL database. The team began by designing a new database and data structure. Subsequently, backend changes for this new structure had to be made. Other fixes included API and cronjob upgrades. Ultimately, these upgrades greatly improved the site’s performance to the benefit of thousands of users. 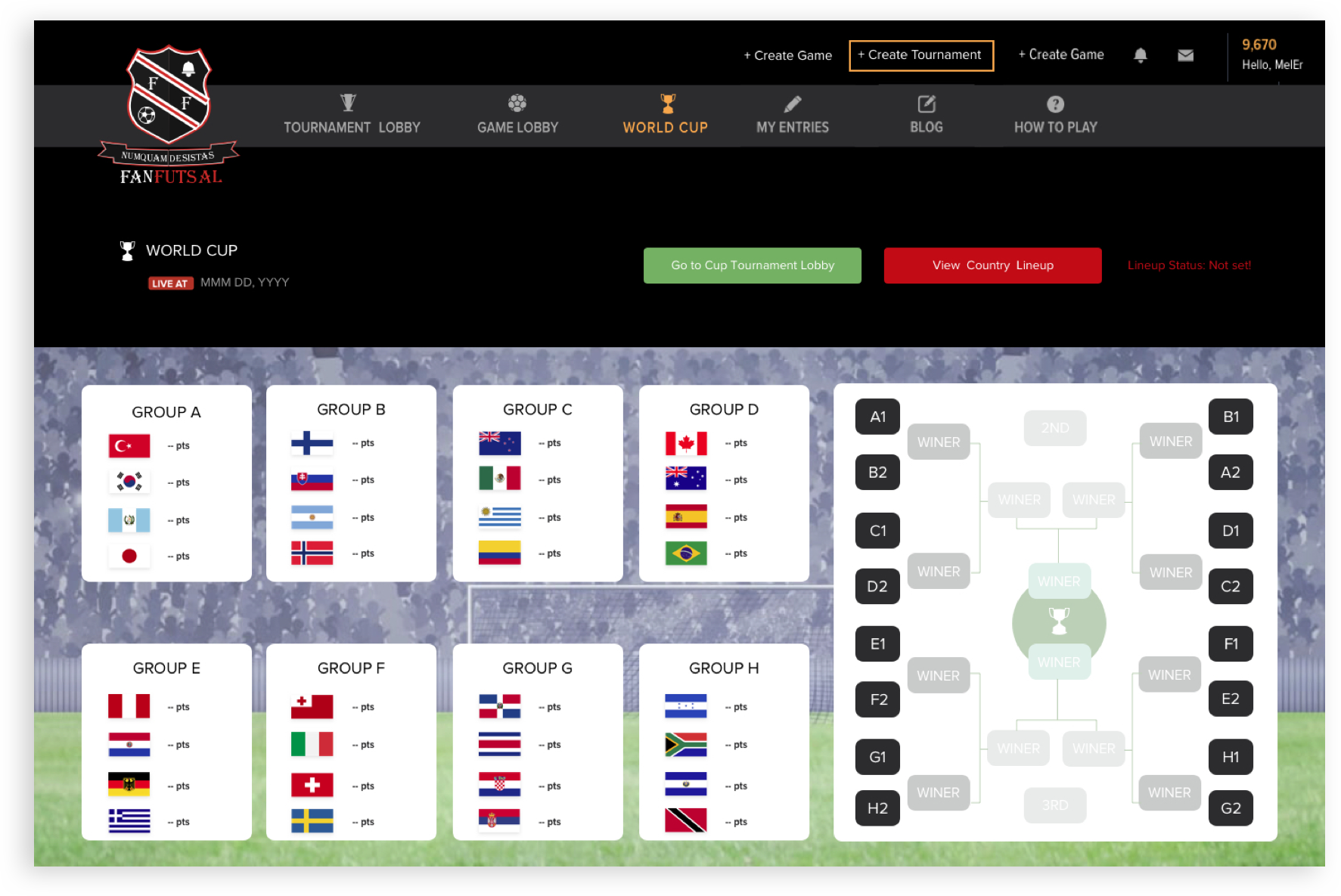 The Fan Futsal site allows users to play fantasy soccer games with some of the most popular soccer leagues in the world. After having refactored the site, the site's founder came up with the idea of creating fantasy soccer tournaments to allow the site's members to play multiple games during several weeks.

Our UI/UX team began working alongside the client to generate wireframes and other UI assets that defined what the tournament screens would look like. The development team then designed and developed the underlying game logic for the tournaments. Other improvements followed, on the client side there were better ways to display game information. Similarly, on the back end, we created faster data processing and calculation for game and tournament points.

After several months of intensive development, the tournament feature expansion was released to the enjoyment and pleasure of thousands of Fan Futsal users all over the globe. The client was also satisfied as user engagement with the site increased.

Since completing the tournament expansion, the Fan Futsal user base has grown considerably. The company founder has been busy promoting the tournament feature with online advertisements to attract more users. Now,  with a stable platform combined with improved and faster data processing performance, the Fan Futsal fantasy online game is primed to become a competitive player in the online fantasy game industry.

Duration of
project in days

Are you ready to grow your business?

About us
Our Team
©
Jonajo Consulting - Technology and Management Consulting